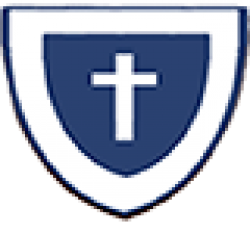 Serving Beyond your Expectation

The Federal Medical Centre, Umuahia came into existence in November 1991. It metamorphosed from the queen Elizabeth Hospital which was commissioned on March 24, 1956 by Sir Clement Pleas representing Queen Elizabeth the second of England. It started as a joint mission hospital administered by the Methodist, Anglican and Presbyterian churches. Before its takeover by the Federal Government, it had first been taken over from the missions by the then Imo State Government under the then Military Governor – Navy Captain Godwin Ndubuisi Kanu (now A retired rear Admiral). It was renamed Ramat Specialist Hospital in honour of the late slain Head of State, General Murtala Ramat Mohammed. During the first republic under the administration of late Chief Sam Mbakwe, Governor of the old Imo state, it reverted to its original name – Queen Elizabeth Hospital. It thus became the Federal Medical Centre (FMC), Umuahia on its takeover in November 1991. It is the first FMC to be so recognized.

Geography
The hospital covers an area 77 acres of land bounded on the south by the Nigerian prisons, Umuahia; east by Ndume Ibeku; North by Umuahia urban and west by Afara clan.

“As the foremost Federal Medical Centre, we provide specialized and comprehensive health care services to our clients, using modern equipment, training and research by highly skilled manpower, in a friendly environment”

Motto of the Hospital: Serving Beyond your Expectation

No comments to show.